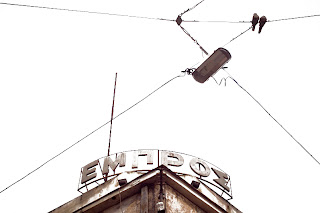 OPEN CALL
Summer residency in Free, Self-managed Theatre Embros
The “Free, self-managed theatre Embros” is an occupied space for free cultural expression and social action. It is located in the Psirri neighborhood in the heart of the historical center of Athens, and in close proximity to the major archaeological sites of the city. Traditionally a small scale craft industries’ neighborhood, Psirri has undergone violent transformation in the last decades, with the intrusion of entertainment, leisure and tourism activities and the displacement of its inhabitants. The shift in the character and in land use is registered in a wider transformation process of the urban fabric of the center of Athens, where parallel to the disjointed, shortsighted profit-oriented logics of small private stake holders, large scale attempts of urban regeneration are implemented by big investors in concert with public bodies in the direction of an equally marketable “embellishment” that is ideologically guised the cloak of “gentrification”.
Built in the 1930’s, the historical (declared listed monument since 1989) building functioned as a printing house of the newspaper “Embros” and from 1988 until 2007 it housed the Theatrical Organization “Morfes” followed by the Theatre Company “Embros”. Afterwards, it remained closed and deserted for almost five years, until it was re-activated as an occupied space in November 2011 following the initiative of the artistic group “Mavili Collective” with the participation and support of Psiri Neighborhood Movement, as well as various artists and theoreticians of the performative /visual arts and music. After a year of various artistic and social actions  -during which time the Authorities attempted twice to foreclose and seal the Theatre- responsibility for its operation and function passed on to aweekly held open assembly. Open to anyone that wishes to participate, regardless of their residence status provided they acknowledge the occupation as a common good.
Embros, as a theatre, differs from other squats or social-political oriented occupations towards which it remains in solidarity. The citizens in Embros occupation participating in the assembly and its activities, aim constantly at the coupling and the supplementary function between artistic and sociopolitical actions that take place in its grounds, in the neighborhood and in the city at large. In the core of our endeavor lies our bet with ourselves (as civilians) with the command of reflection and revindication of urban space as a common good, having as starting point the neighborhood area and expanding all over society, in means of creating vital space for co-existence, expression and political fermentation outlooking to generate anti-hierarchical, anti-commercial structures of self-organisation, self-management and solidarity.
In the frame context of this project, Embros theatre, through its open assembly, considers it a vital imperative being part of a wider network of similar collectivities (occupations, groups, collectives and individuals) to foster a trans-national network of solidarity by exploring common ground of possible collaborations.

To realize this goal, we are launching an open call for a residency, a call for collaboration and co-production of events during 10 to 31 of August 2013, to be presented in early September. The number of participants (coming from abroad) can be up to 12 persons.

During these last three years, under the pretext of the dept crisis, Greece has become a laboratory of social and political experimentation by an emerging globalized and authoritarian governance that is concurrently restricting basic democratic and social conquests of people.

Taking this into account, the longer possible stay of our guests, will provide the opportunity for a better understanding of the dynamics that are unraveling in society and of the devastating transformations that are taking place into an increasingly dense historical time. Transformations are being implemented through all the more violent practices and methods, through the marginalization of broad social groups, the explosion of unemployment rates and the extreme deprivation of the middle class.
The proposed topics can constitute the subjects to be processed in situ and in common. The outcome of these processes can then be presented in a variety of events (open discussions, performances, or …) co-organized by the participants in the Residency and the Embros Community, to the public either in Embros theater or elsewhere in Athens or abroad.

Suggested topics:
1. City and common goods. Examples of commons in the neighbourhoods of Athens. The rise of social demands and conflicts in the urban space. Parallel experiences, similarities and differences at an international level.
2. Public space, privatizations, enclosures and resistance. A mapping and development of the common ground in the current uprisings in Turkey, Brazil, Arab countries and the movements in Latin America, USA, Europe or elsewhere.
3. Developing Forms of self-management, alternative modes of production and distribution of goods, P2P forms of production of knowledge and art and exploring the Technological challenges, advantages and disadvantages.
4. Theatre, performative arts and other forms of artistic expression in “state of emergency” and in “state of exception” conditions.
5. The phenomenon of the rise of racism and fascism in the era of authoritarian governance and the eclipse of democracy. The issue of multiculturalism in society and in art. Aestheticization of politics or politicization of art?
6. Public speech and dialogue, the role of the Mass Media and of the New Media of Communication and Social Networks. Alternative ways of production, management and dissemination of information into society.

Useful information:
Embros is located in the historical center of Athens (Riga Palamidi 2, 10554, Psiri) in close proximity to the Monastiraki metro station and train (Ilektrikos -station Thission) (5’ on foot), with direct connections to the Airport El. Venizelos and the port of Piraeus. 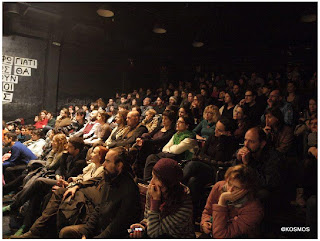 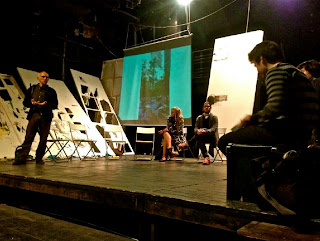 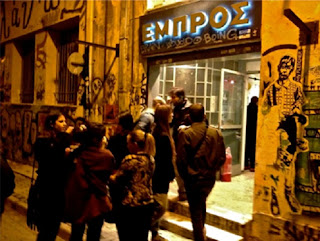 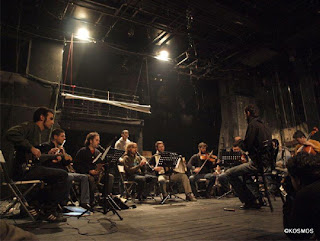 plans of the ground and first floor of the theater 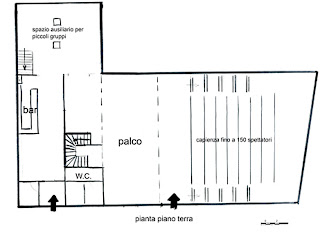 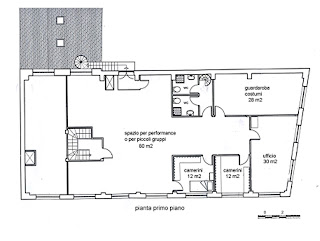 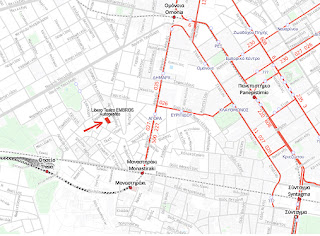 -Accomodation:
Accomodation of the guest participants is going to be covered to the best extent possible by the people of the Embros community that reside in relatively close areas or with easy access by public transports to Embros Theatre. Alternativelly, and under some conditions, it is possible to host a specific number of guests inside the theatre.
- Food
There are basic facilities for cooking and preparing light meals at the bar of the theatre. In proximity, there is a variety of restaurants, as well as bakeries and mini markets.
- Participation into theatre’s activities
Embros, is being governed by a non- hierarchical structure, and does not maintain staff working in means of waged labor. Daily duties like cleaning, bar facilities, communication etc are carried out in turns, by the people that are part of theatre’s community.
Applications
Send your applications up to July 29th 2013 to: embrostheater0@gmail.com
Facebook:www.facebook.com/embrostheater2
Website:www.embros.gr
Blog:  www.embrostheater.blogspot.gr
Αναρτήθηκε από Ελεύθερο Αυτοδιαχειριζόμενο Θέατρο "Εμπρός" στις 9:54 π.μ.